The Saint Francis Catholic Academy hosted their 14th annual “Souper Fun Sunday” soup tasting competition, but this year it was a little different. In efforts to stay safe in the pandemic, cars drove by to pickup a box with 20 different soups from Gainesville restaurants. After tasting the variety of soups, participants could go online and vote for their favorite. Read more

A relic of St. Francis of Assisi will soon be installed in the chapel of the saint’s namesake school in Gainesville. Saint Francis Catholic Academy has received a portion of a staff used by St. Francis, the only relic the school has from the saint. Read more

It is National School Choice Week and many school leaders are inviting families on campus to see what their school has to offer. From kindergarten to the twelfth grade, national school choice week aims to let families choose from six types of schools. There are public schools, private schools, magnet schools, public charter schools, online, or homeschooling. On Monday, Saint Francis Catholic Academy is hosting an open house to give parents a chance to check out the campus. Read more

Learning just leveled up at Saint Francis Catholic Academy this spring, and it’s all with the swipe of a finger. The Catholic high school just received its new “Anatomage” digital table this past December. The sleek white table fits nicely in a room stocked with LED screens and 3D printers. Now the Saint Francis Catholic Academy can join the small list of schools in Florida to have this digital table. Read more

Saint Francis first in area to use virtual dissection table

Jason Acosta tapped the screen to rotate the beating heart and traced a line across its middle, cutting it in half to see inside the ventricles. Then he tapped another key to restore it to its complete form. “I can always put it back together,” said Acosta, Saint Francis Catholic Academy’s principal. Read more

Fat Tuesday is celebrated the day before Lent and one local academy in Gainesville celebrated big.  Saint Francis Catholic Academy held its annual Mardi Gras Party on Monday. There were food trucks, a parade, awards, and the crowning of a king and queen. Read more

St. Francis Catholic Academy is asking for the community’s help. They’re asking for donations to help students at their school compete in the first robotics world championship. Two weeks ago, they became finalists at a robotics competition in Orlando. St. Francis is the only school in the Gainesville area– and in all of the St. Augustine diocese– to earn a spot at the world championship twice. They’re asking for the money to help pay for buses, hotel, food, and other costs. Read more

Saint Francis Catholic academy held its 11th annual Souper Fun Sunday.
it was a special day for Amy Whitaker who is celebrating her 2nd year as co-chair of the event. She’s amazed by the turnout and support. “We’re very excited about the turnout already. we’ve got three restaurants that are in their 12th or 11th year at the event, so we really appreciate them. it’s just a great fun event,” said Co-chair of Souper Fun Sunday. Read more 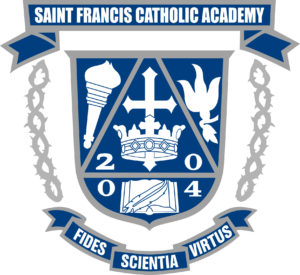